admin
Get $5 off a variety pack of Immi's low carb, high protein instant ramen using code ROF at checkout. Follo the link - https://thld.co/immi_rof_0422
Ted Cruz is on his crusade against the Disney Corporation, and he has now gotten so desperate to paint them as the bad guys that he is openly imaging Mickey Mouse and Pluto having sex. Cruz made that comment on the air during a recent episode of his podcast this week, and it appeared to have disturbed his cohost quite a bit. Republicans like Cruz are trying to project their weird sexual fetishes and hangups onto others, as Ring of Fire's Farron Cousins explains.

Support us by becoming a monthly patron on Patreon, and help keep progressive media alive!: https://www.patreon.com/TheRingofFire

Find our merchandise at Teespring: https://teespring.com/stores/rof-store

Support Ring of Fire by subscribing to our YouTube channel: https://www.youtube.com/theringoffire

*This transcript was generated by a third-party transcription software company, so please excuse any typos.

Republican Senator Ted Cruz is so obsessed with Disney, that he is now openly fantasizing on his podcast called the verdict about Disney character on Disney character sexual activities during a live performance of his podcast this week with co-host Knowles, Ted Cruz had this to say about what he, I, I don't know, predicts, I guess the future of Disney to be, I think there are people who are misguided, trying to drive Disney, stepping in saying, you know, in every episode now they're going to have, you know, Mickey and Pluto going it co-host Michael Knowles responded. Thank you for that image. Senator Ted Cruz continues, but it's just like, come on guys. These are kids. And you know, you could always shift to Cinemax if you want that. Like I'm a dad. It used to be that you could put your kids on the Disney channel and be like, all right, something, innocuous will happen.

It, it's nice to know about your parenting habits there though, Ted, right? Like, all right, here's Disney channel. Your kids don't bother me. I'm gonna go book my next trip to Cancun or something. Um, here's the thing. That's a very weird image for Ted Cruz to put minds of people, right? Mickey mouse on Pluto doing God knows what, but apparently those are the kinds of thoughts that are going through Ted Cruz's head. That's not normal. And obviously it's nowhere near reality. Disney is not teaching kids about sex. Disney is not showing their characters go at it with one another on the Disney channel. That's not a thing that would ever happen. All of this of course is manufactured outrage by low information Republicans, people like Ted Cruz, people like Michael Knowles, they for the outrage, they do it for the clicks. They do it for the headlines because that's all these people know how to do.

Of course they can't talk about factual issues, which is why culture wars exist in the first place. If these people like Ted, like Michael Knowles, like any of these other idiots out there pushing this whole groomer conspiracy, if they actually had talk about real things like economics, like fairness in the tax code, they'd lose their minds. And of course they'd lose their constituents because their constituents would suddenly realize what giant morons these people truly are. But this is what we have folks. This is the caliber of people that we have. So serving in the United States, Senate, people that openly are fantasizing about Disney characters as Ted Cruz, put it going at it on the air with one another. And they think you are too

Stupid to know that they're lying to you. That's the worst part of all of this. Yes. These people are low information. Yes. They go for the low hanging fruit. Yes. They suck on the issues. But the problem is they think you are even dumber than they are. 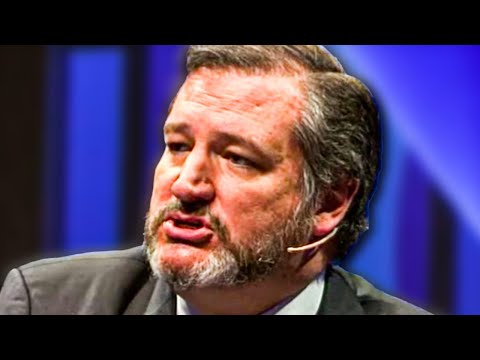